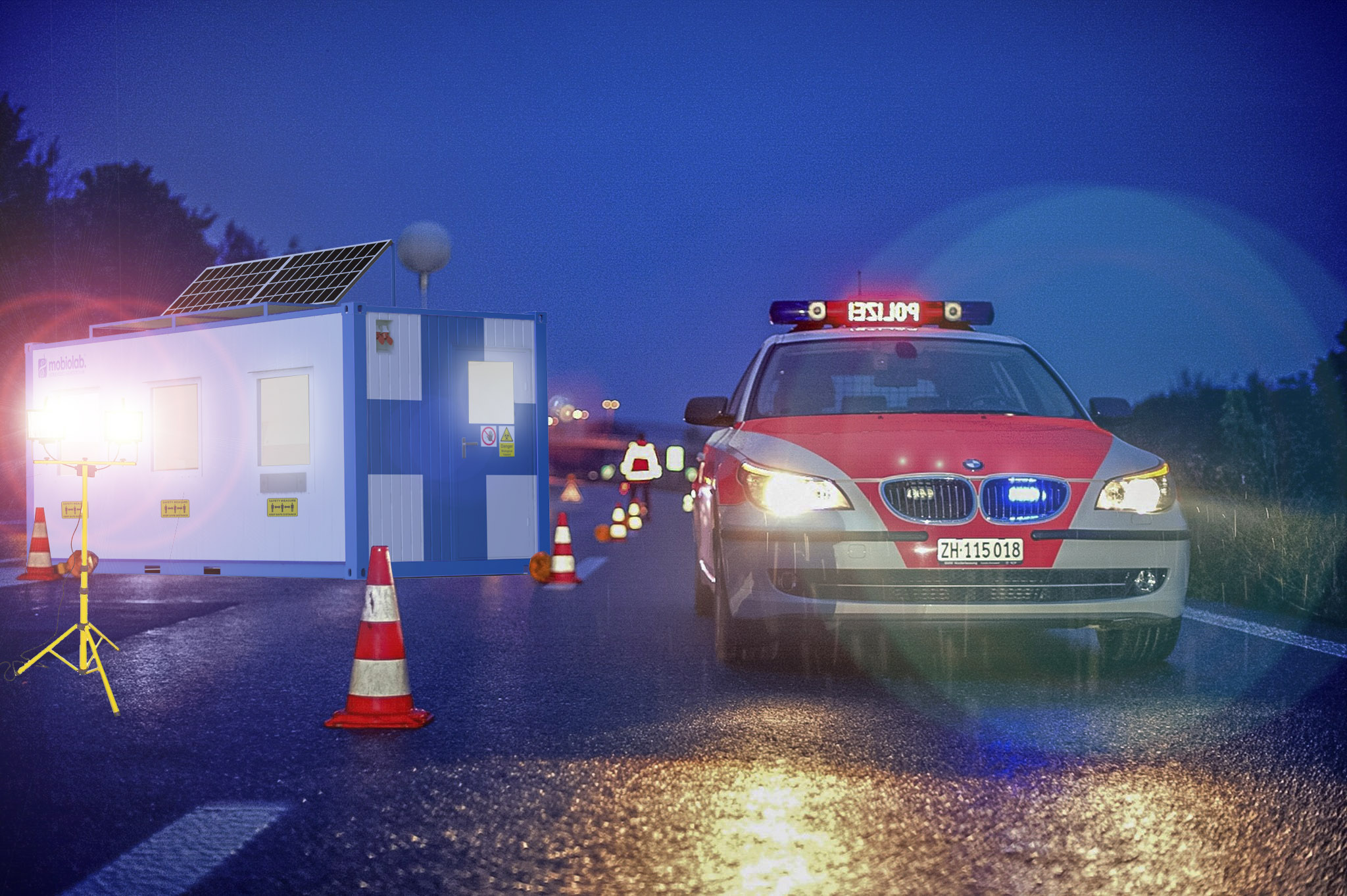 It has been nearly two months since the Coronaviruslockdowns commenced en masse across Europe. And in this seemingly short time,the world has seen just under 3.6 million cases of Covid-19, with a quarter of a million deaths - as well as significant damage to their economies. Experts are confident that lockdowns, social distancing measures, an increase in facialmask usage, along with the undertaking of other protective measures, have led to much lower numbers than the world could have seen.

But such measures came at an extreme cost - billions of dollars have been lost by businesses worldwide, while unemployment figures continue to skyrocket. Governments everywhere have acknowledged that it is finally time to begin thinking about how to reopen their countries and ease thelockdowns - and many have already taken their first steps.

At the same time, governments are still trying to figure out how to do this responsibly in order to prevent another wave of mass infection. Following a 1.5 month ban on going outside to do anything other than go to the supermarket, pharmacy or walk one’s dog alone, places like Spain are allowing residents to go out, even as a pair, to do exercise for one hour per day at designated hours. Meanwhile, Germany has reopened shops, but will only allow several people to shop to be present in the store at the same time. However, these are only preliminary measures and no one is certain if these will be mos teffective in reopening one’s economy without risking any further infection.

Although it would be ideal if any lockdown easing measures could work, there might be an even better solution than the ones we arecurrently seeing. Multiple countries around the world - Germany, Italy the UK and the US - have proposed the idea of providing immunity certificates based on antibody tests to allow these individuals to go back to work. This will allow healthy individuals who pose no health risk to others to help restart the economy.

The UK's Health Secretary Matt Hancock explained that the UK is

"looking at an immunity certificate, how people who've had the disease, have got the antibodies and therefore have immunity, can show that and get back as much as possible to normal life."

However, testing accessibility, which has not proved to beeasy, will be key in order for this method to work.

Hence, mobiolab. mobiolab's mobile facilities make it easie than ever to get tested while the rest of the world struggles with test shortages. mobiolab has created transportable containers to make real qrtPCR tests accessible and easy to get, no matter where you are - they can be used atairports, workplaces, and virtually everywhere else. Each container is equipped with molecular biological diagnostics capabilities (StepOnePlus (TM)Real-Time PCR Systems) - a one-stop shop for virus AND antibody testing - all of this at literally a fraction of the cost of currently available Covid-19 tests.

Allowing individuals to obtain such certificates is one ofthe safest and responsible of ways to reopen airports, restaurants, venues and other places that see large crowds of people. You can set up a mobiolab, administer tests, and get quick results of <300 samples in less than an hour and even many more using the right pooling strategy -  though positive results are often identified after just 15 minutes. With this possibility, it will save businesses and governments billions ofdollars as they can finally re-open without fear of infection for the people. mobiolab can make it significantly easier to get these certificates of proof so that healthy individuals can move on with their lives. mobiolab allows certificates to be sent directly to users’ mobile phones. And there’s no threat of shortage - a mobiolab mobile facility has the ability to analyze between approximately 1,500 and 7,000 samples per day.

mobiolab could also help ease border closure measures. As of mid-March, many European countries closed their borders, even to neighboring countries, in efforts to curb further infection. mobiolab’s containers could even serve to allow healthy individuals to travel in and out of countries. With such advanced testing technology, it no longer makes sense to continue upholding the travel bans and border closures, especially when the virus has already kept families and friends apart for so long.

mobiolab is excited to lead the way in smart mobile testing and in turn, re-opening the world.

Thank you! Your submission has been received!
Oops! Something went wrong while submitting the form. 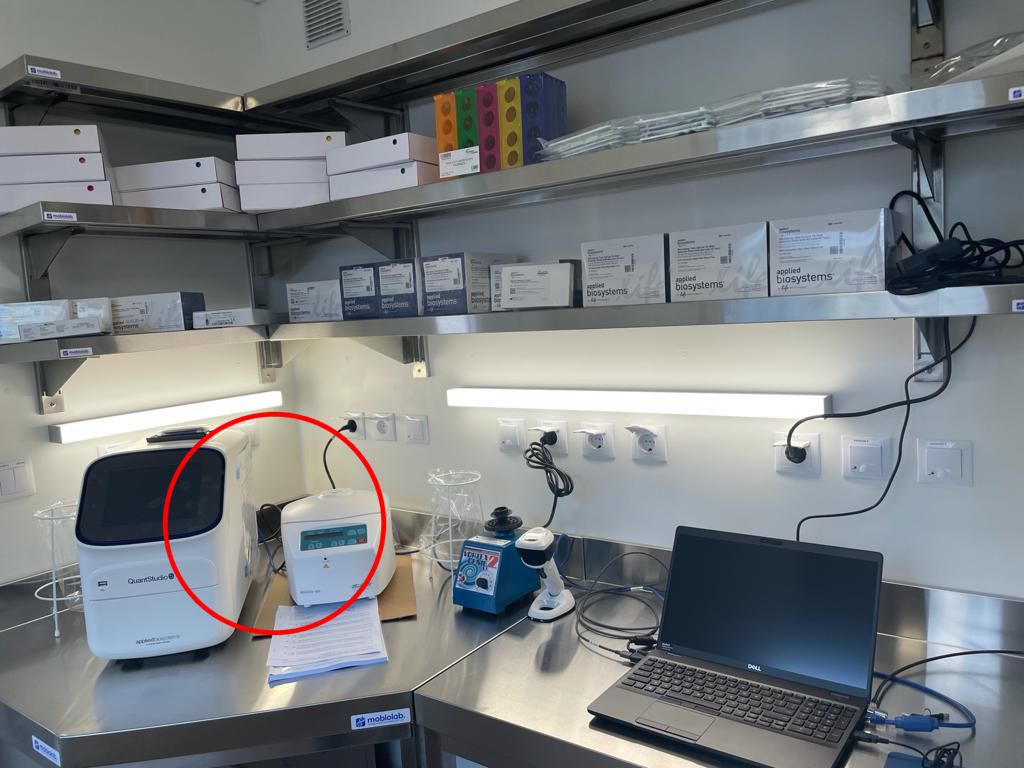 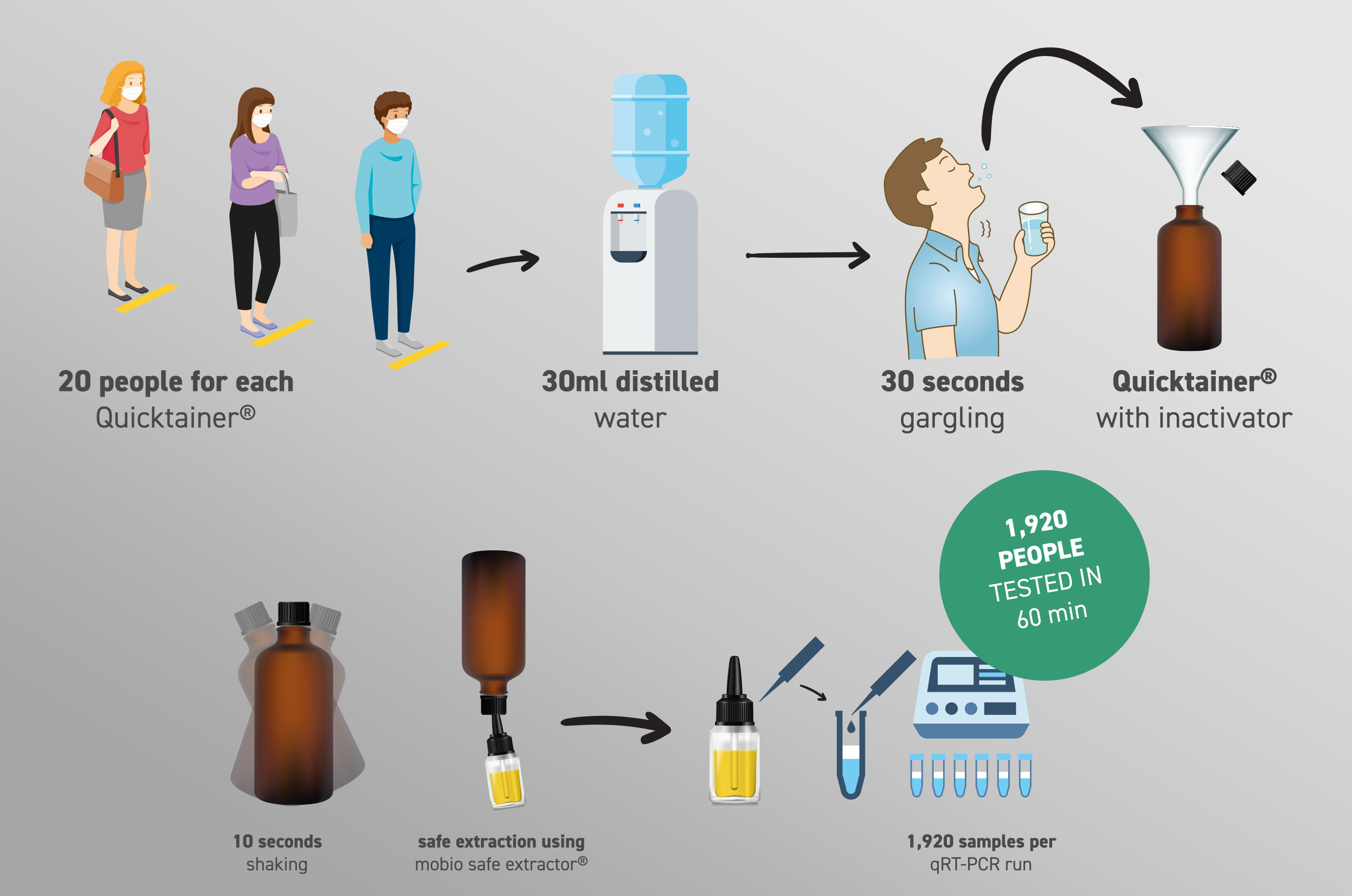 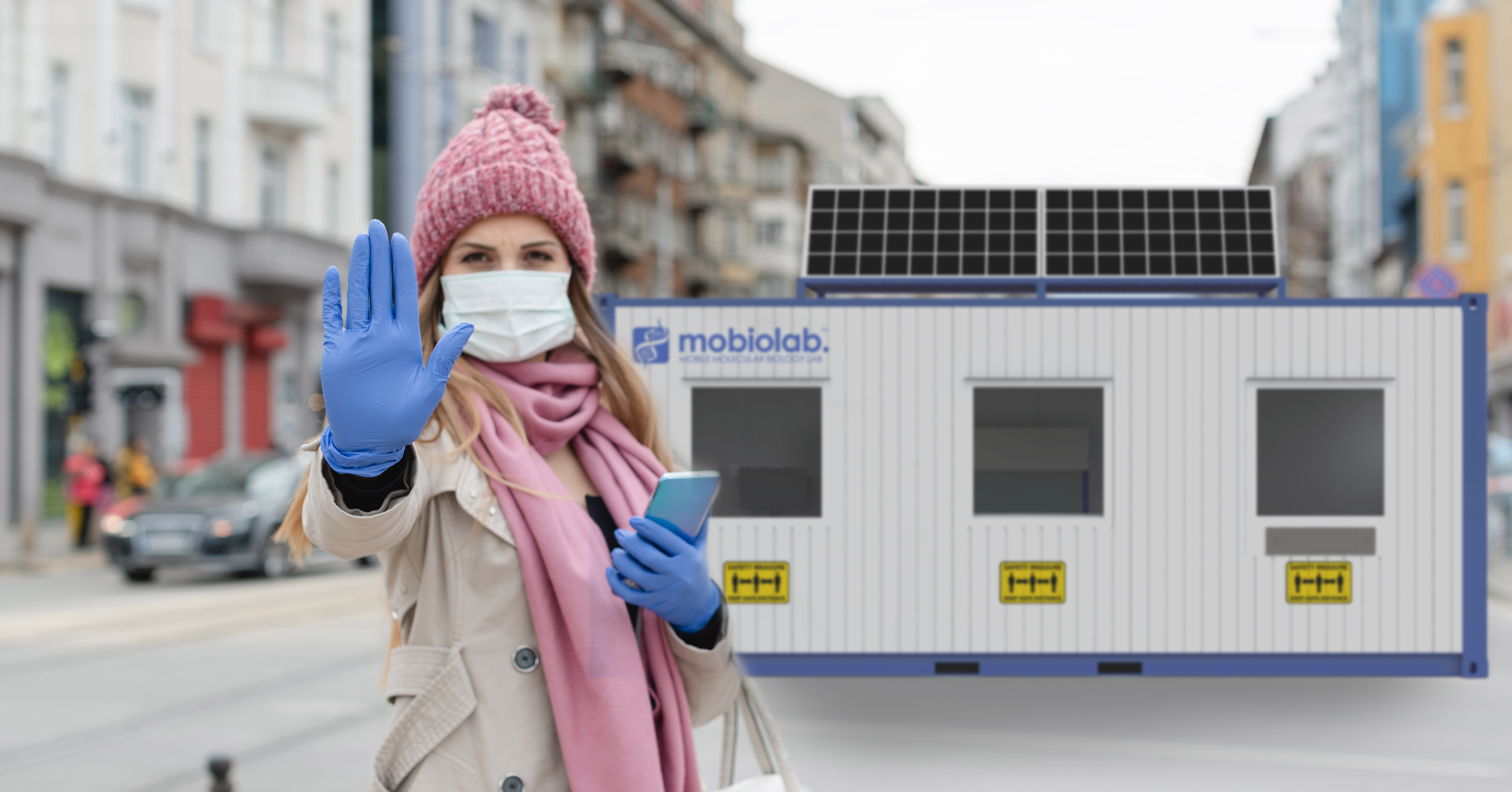